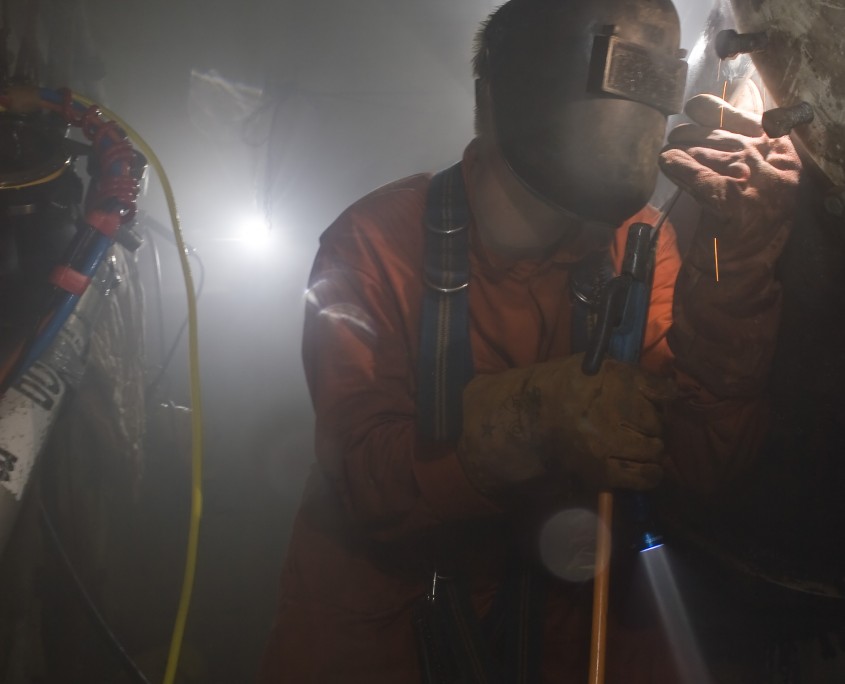 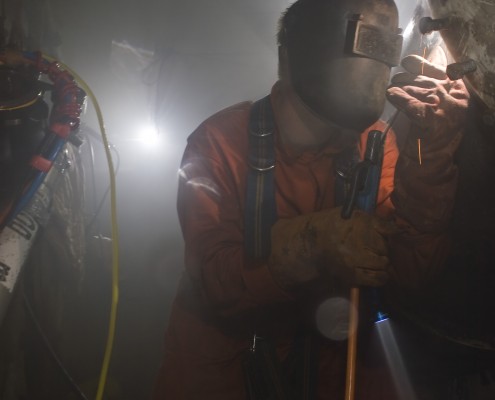 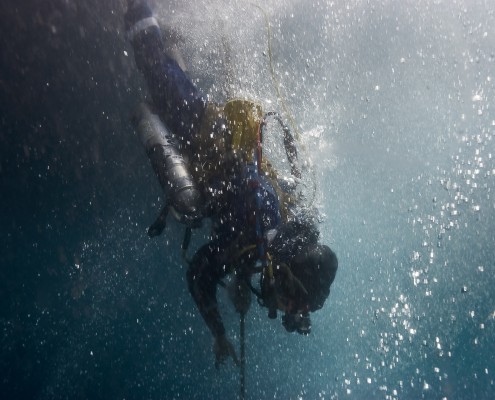 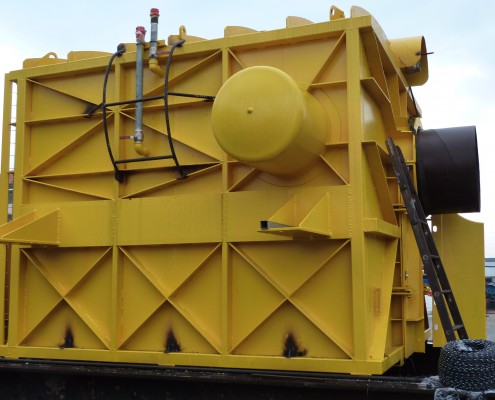 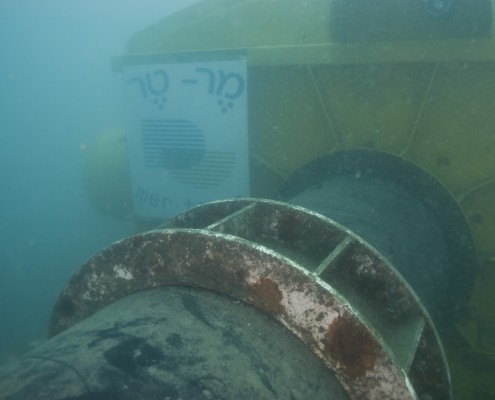 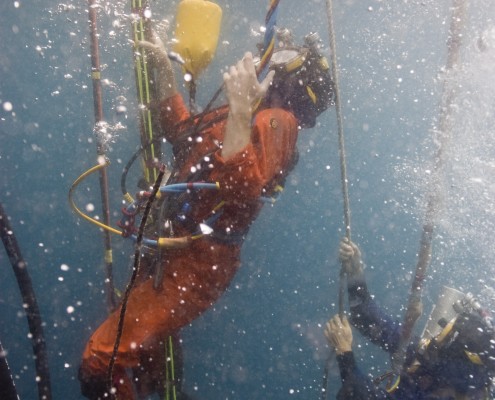 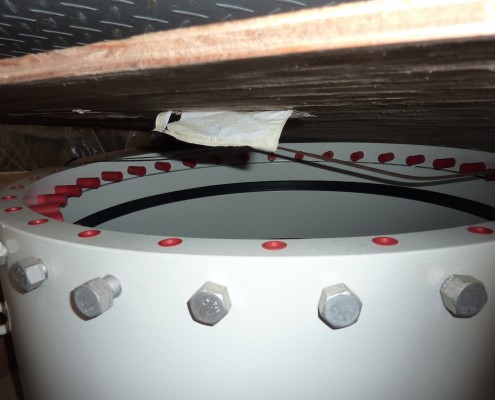 In Israel (Ashkelon), DUC Marine Group helped with the replacement of two 1500-m sections of pipeline. These oil pipes ran from a refinery to the sea where they were connected to a SPM (Single Point Mooring) buoy.

DUC was assigned the task of using PLIDCO clamps to connect the two new sections of pipe to the oil pipelines.

The four clamps were installed at a depth of 33 metres. This meant that there was limited diving time and a team of 13 divers and two decompression chambers were required to be able to work through the day.

After installing the PLIDCO clamps, they had to be welded with an ‘A height’ of 10 mm (eight beads of weld to make one weld!)

This was done in the dry in a habitat. Two divers entered the habitat at the same time to achieve a certified weld.

The project was concluded successfully, on time and within budget.